Hickory Choral is set to give the world premiere of a new choral work by composer, Joshua Shank, in a nation-wide effort to raise money for professional musicians decimated by the COVID-19 pandemic.

Boston-based composer, Joshua Shank, put together a group of choirs to donate funds to give the world premiere of a new work.
All funds go to a charity for gigging musicians who have had their livelihoods decimated due to the COVID-19 pandemic.

Alongside Hickory Choral Society, the consortium of over 30 choirs from 21 states raised over $10,000. 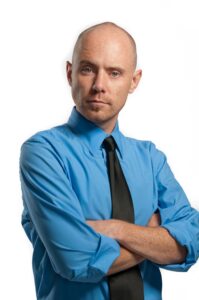 As Boston-based composer, Joshua Shank, entered quarantine in March 2020, he sat down at a piano to write music as an act of self-care and, a few weeks later, he had written an entire choral work using only a single word: “alleluia.”

“For me,” Shank said, “that’s always been a word that expresses gratitude; being thankful for friends and family and music and laughter…but also the growth that can come from sadness and grief over things we’ve lost.”

In order to do something productive with his emotions over having to exist in quarantine, he wondered how this new composition could support his friends and musical colleagues whose livelihoods have been almost completely decimated because of how the pandemic had affected the performing arts. “These folks count on multiple part-time gigs in order to put together a full-time living, and those opportunities are almost completely gone,” Shank said.

In order to raise funds, Shank decided to recruit a group of choirs from around the United States who would pay a nominal fee in order to give the world premiere of the new work, titled alleluia (from quarantine). Normally, funds raised from a consortium like this would go to the composer himself but, instead, Shank teamed up with the Sweet Relief Musicians Fund, a charity which provides financial assistance to career musicians in need, to raise money for the gigging musicians struggling to make ends meet. In the wake of the devastating effects of the COVID-19 pandemic, the organization established a fund specifically for musicians and music industry workers affected by the Coronavirus; funds raised go towards medical expenses, lodging, clothing, food, and other vital living expenses to those impacted due to sickness or loss of work.

Shank’s original goal had been to raise $7,000. However, there was such an outpouring of support that the consortium raised over $10,000 with ensembles joining from Texas, California, Oregon, Minnesota, North Carolina, Colorado, Louisiana, Rhode Island, Washington, Arizona, Arkansas, South Carolina, Iowa, Ohio, Georgia, Nebraska, Virginia, Pennsylvania, Massachusetts, Utah, and Missouri, and they represented every different kind of eligible choir; high school, church, collegiate, community, and professional ensembles all donated. 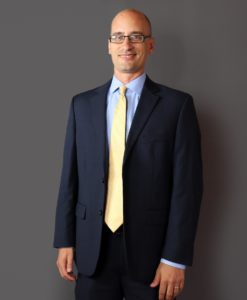 For the Hickory Choral Society the decision to join was an easy one. “I’ve known Joshua Shank since we were both students at Luther College in Iowa in the early 2000s and have always found his compositions compelling,” said Ryan Luhrs, Hickory Choral Society Artistic Director. “I was immediately drawn to this work, and given the cause of supporting fellow musicians, it was a no-brainer to join the effort.”

“I’m so excited to be partnering with Hickory Choral Society to raise money for Sweet Relief,” Shank says, “What started out as a solitary act of self-care at a piano turned into a truly inspiring coast-to-coast, border-to-border, national project to help support the gigging musicians that are one of the backbones of the choral art.”

The Hickory Choral Society is thrilled to be a part of this project and on Sunday, March 21 at 3 pm, we will present a virtual choir rendition of Shank’s “alleluia (from quarantine)”. The video and photos accompanying the singing will acknowledge loss, but also demonstrate the many creative and inspirational ways in which people in our community have remained connected during this time. Composer Josh Shank will join HCS Artistic Director Ryan Luhrs to introduce the performance and be on hand live for a brief interview and Q and A following the live mini concert. We hope you can join us!

Since the spring of 1978, the Hickory Choral Society has delighted audiences with a diverse repertoire of excellent choral music. The Hickory Choral Society provides this region with a series of exciting and well-attended concerts. The all-volunteer group of approximately 100 singers from Catawba and surrounding counties is well known throughout North Carolina, especially for its annual Christmas Concerts. The group has performed numerous concerts with the North Carolina Symphony, and has traveled extensively, performing at Lincoln Center and Carnegie Hall in New York, Portsmouth and London, England and Edinburgh, Scotland. In April of 2019, the Hickory Choral Society completed a concert tour of Austria and the Czech Republic, performing in Salzburg, Vienna and Prague. The HCS Founding Conductor J. Don Coleman retired at the end of 2019 and following a nationwide search Dr. Ryan Luhrs became the Artistic Director. The Hickory Choral Society is a funded affiliate of the United Arts Council of Catawba County.

The Hickory Choral Society season runs from mid-August through the spring; regular rehearsals are held on Monday nights from 7:00 to 9:00 p.m. at the Arts Center at 243 3rd Avenue NE, Suite 2-N, in Hickory. During the pandemic rehearsals and concerts are virtual.

The works of composer, Joshua Shank (b. 1980), have been widely performed by educational and professional ensembles alike. In 2002, he became the youngest recipient ever of the Raymond W. Brock Composition Award by the American Choral Directors Association and, from 2004 to 2014, he served as Composer-In-Residence for the Minneapolis-based professional choir, The Singers. He has achieved global recognition with sales of his compositions exceeding 150,000 worldwide. Joshua earned master’s and doctoral degrees in both musicology and composition, respectively, from the University of Texas at Austin where he studied with Yevgeniy Sharlat, Charles Carson, Russell Pinkston, Donald Grantham, and the late opera composer Daniel Catán. A native of Minnesota, he currently lives in the Boston area.

Sweet Relief provides financial assistance to all types of career musicians and music industry workers who are struggling to make ends meet while facing illness, disability, or age-related problems. In the wake of the devastating effects of the COVID-19 pandemic, the organization established a fund specifically for musicians and music industry workers affected by the Coronavirus. Funds raised went towards medical expenses, lodging, clothing, food, and other vital living expenses to those impacted due to sickness or loss of work.