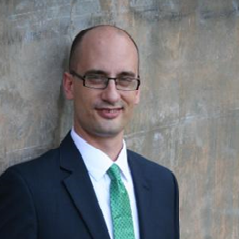 In 2019 the Hickory Choral Society joined 17 other choirs from around the country to commission a new choral piece from Norwegian-American composer Ola Gjeilo. The result, “Roots,” is a folk music-like setting of a new text by Charles Anthony Silvestry. The lyrics, including lines such as “where love is strong and roots grow deep,” “far have I traveled from my former home,” and “reminding me where I belonged” inspired the programming for our March 20 Early Spring Concert. The concert will highlight the theme of “home” with special emphasis on local music education and composers.

The concert will also highlight the music of two hometown composers and former music educators. J. Jerome (Jim) Williams and James Gossler amassed a combined 57 years teaching music at East Burke and Freedom High Schools, respectively. Their compositions have been sung by choirs throughout the state and country. Renee Shatley, a former student of Jim Williams, will conduct “Ye People of God,” and “Sing Hallelujah.” James Gossler and I share ties to Florida State and Lenoir-Rhyne Universities and I’ll have the privilege of conducting his settings of “Auld Lang Syne” and “A Gaelic Goodnight.” The concert’s music and texts will also explore the theme of “home” from multiple angles. The program will open with Z. Randall Stroope’s setting of “Homeland” and then explore home as a place of restoration and belonging through Stephen Paulus’s “The Road Home” and Gjeilo’s “Roots.” The next set will feature Moses Hogan’s arrangement of “We Shall Walk Through the Valley in Peace,” Gabriel Faure’s “In Paradisum,” and a new setting of “Bound for the Promised Land” by Greenville, SC composer Shelton Ridge Love, as the choir considers heaven as home. Prior to the Gossler/Williams final set, the choir will examine home as a place of love and peace through William Billings’s “I am the Rose of Sharon,” Dan Forrest’s “Shalom,” and Daniel Gawthrop’s “Sing Me to Heaven.” It’s my hope that the overall program has a little bit of something for everybody as we celebrate our hometown music educators and composers. I invite you to join us Sunday, March 20, 3 PM at Corinth Reformed Church.

Since the spring of 1978, the Hickory Choral Society has delighted audiences with a diverse repertoire of excellent choral music. The Hickory Choral Society provides this region with a series of exciting and well-attended concerts. The all-volunteer group of approximately 100 singers from Catawba and surrounding counties is well known throughout North Carolina, especially for its annual Christmas Concerts. The group has performed numerous concerts with the North Carolina Symphony, and has traveled extensively, performing at Lincoln Center and Carnegie Hall in New York, Portsmouth and London, England and Edinburgh, Scotland. In April of 2019, the Hickory Choral Society completed a concert tour of Austria and the Czech Republic, performing in Salzburg, Vienna and Prague. The HCS Founding Conductor J. Don Coleman retired at the end of 2019 and following a nationwide search Dr. Ryan Luhrs became the Artistic Director. HCS returned to an indoor live audience for Christmas 2021 Concerts after 18 months of virtual performances during the pandemic.  The Hickory Choral Society is a funded affiliate of the United Arts Council of Catawba County.